Our quilting group was depleted in numbers this week, but it did not seem to matter. There was still plenty of chatter, lots of home cooked baking to share and quilting problems shared and solved.

Show and tell was part of the day as well:- 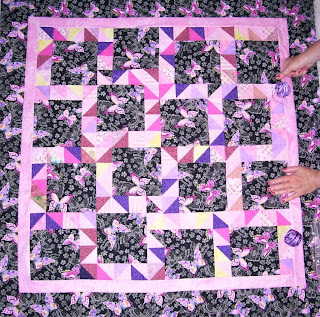 Debbie had made a quilt for her son's girl friend's 21st birthday.

She brought it along to show us but also because she wanted a heart quilting in the centre of the quilt and needed help from Linda.


Debbie also brought her clown quilt which is still a work in progress. She still have another 5 blocks to include so it will be huge, not to mention, magnificent, when it is finished:- 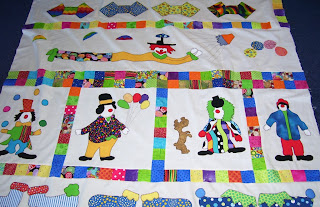 Posted by crazyquilter at 5:21 PM