We relocated to our second house sit on Wednesday, so we had an at home day yesterday.
When I say 'at home', we did pop into Dartford for a morning coffee and coming home we went around the ring road three times before managing the correct exit to get us home.  Such are the joys of travel.
Today we thought we would have a look at the Kent countryside and chose Lullingstone Çastle as a destination. 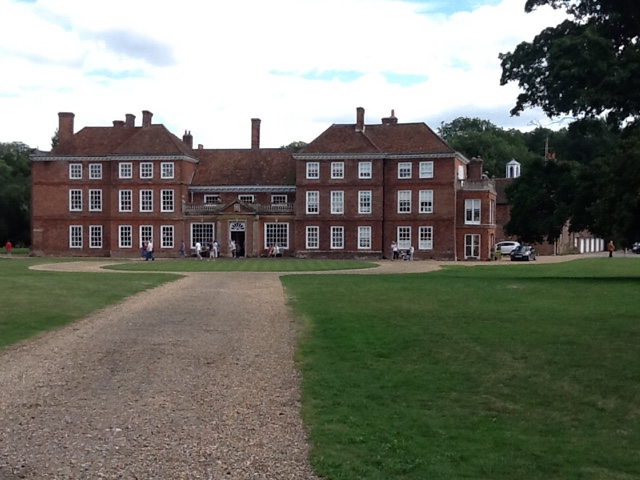 The first part of our journey was quite successful but we actually got to our destination far too early and so set off for Sevenoaks, a nearby town in search of morning coffee.
Good chance to look at the countryside and Sevenoaks was a pleasant stop.  We were still too early for a visit to the castle so we picked another destination, Tonbridge, and again enjoyed traveling through more of the pleasant Kent countryside, some of it very similar to parts of New Zealand.
From Tonbridge we decided to look for a pub to have lunch and very much enjoyed what was on offer. Most of the customers at The Chasers Inn had opted to eat out in the garden area to take advantage of a hot summer's day, but we preferred the quietness and coolness of indoors.
Lullingstone Çastle was still on the agenda so I keyed it into our GPS and we set off once again.  It did not take us long but the GPS destination took us to the small town of Swanly and when we reached our destination:- 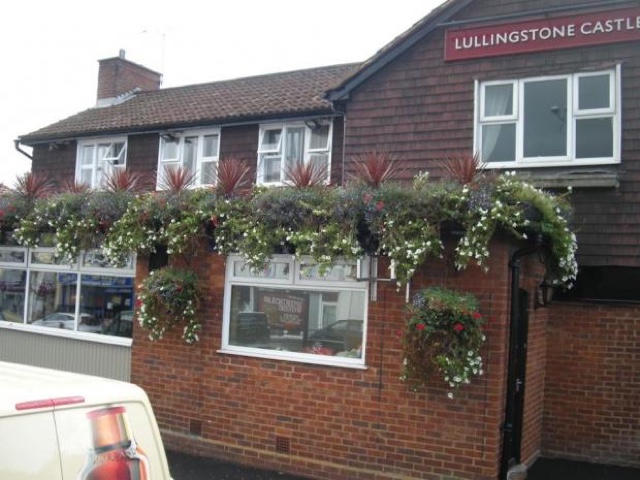 We had arrived at Lullingstone Çastle pub - not the real thing we had been looking for.
We laughed and laughed.  Apparently I had not picked up on the GPS that the little icon next to it indicated it was a drinking house, not a Çastle!
Back to the GPS and destination Eynsford where we had been in the morning.  It was close to the Çastle.  The journey did not take long and we at last pulled up at the Çastle at about 2.30pm.
We were about to pay the seniors rate of GBP6.50 when the attendant advised that the Çastle was only open to one guided tour per day and we had just missed it.  Although we had done our online research, nowhere had this been indicated so we did not pay and we never got to see inside Lullingstone Çastle.  Never mind, Linda said she didn't think it looked grand enough to be called a Çastle and we did have a lovely day out in the Kent countryside. 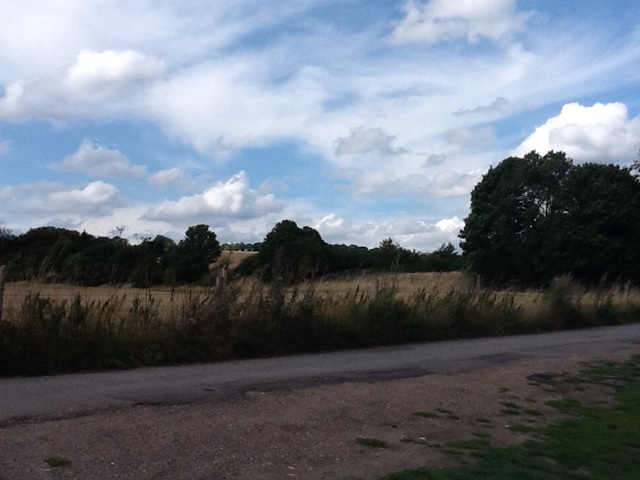 Posted by crazyquilter at 4:42 AM

The best part of travel is rolling with the punches and enjoying the detours. It sounds like you and Linda had a grand outing.

you certainly saw lots pf interesting places and things on your day out, at first thought the photo was of the house you were minding!