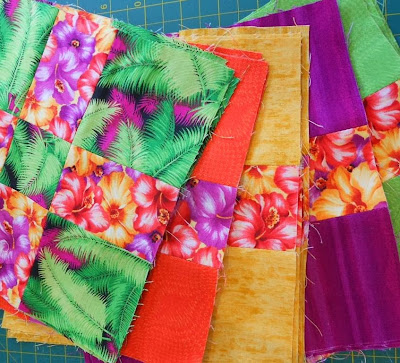 After my recent foray into stash busting by making lots of nine patch blocks I thought it would be nice to take a break and do something different.

Not to be apparently.

The fabric in this image was purchased about two years ago on a visit to Sydney.

I had no idea what I was going to do with the fabric at the time but it was going out the door at a bargain basement price so I brought it home.

It has been patiently waiting for me to find a pattern to use it in.  One has been found but wouldn't you know it has nine patches.  They are different, but nine patches nevertheless. 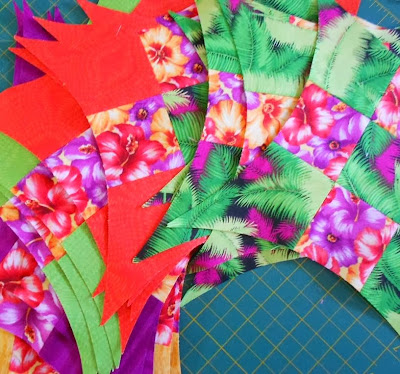 Look what happened to them here.

They now have curved edges.

Never seen a nine patch quite like this before.

A lot of cutting involved in a project like this and it is just the beginning. 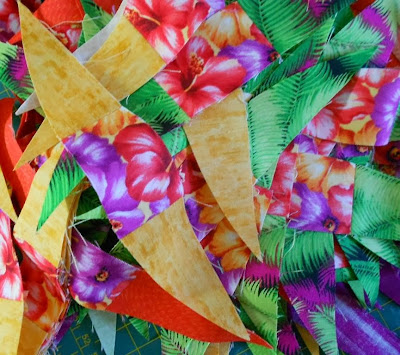 The cutting produced a lot of pretty scrap pieces - 100 like this across the range of colours.

Seems a shame for them to go to the scrap bag but that is most probably their destination.

They measure approximately 1.25 x 8 inches so if you are a scrapaholic and would like them you can e-mail me at peggy.crazyquilter@gmail.com 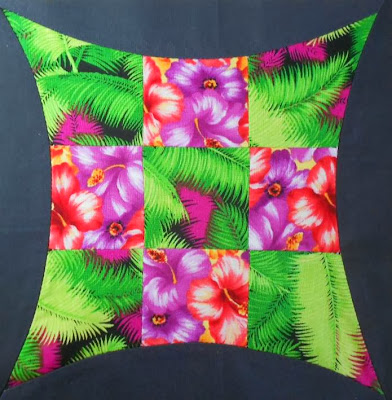 This is the next stage with the nine patches but there is lots more to do yet.

I managed to get 5 out of 25 of these finished today.

I will have to keep you posted.


Posted by crazyquilter at 6:30 PM

I love those vibrant colors and how the dark fabric makes them shine. Looking forward to seeing this one assembled.

I think that the 9 patch is my all time favorite block! These are so beautiful. So full of life.