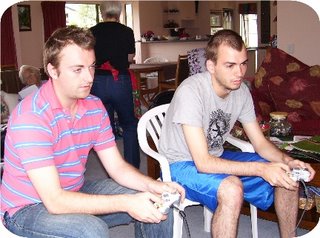 Where in the world?

Life does not appear to be too different between Sydney, Australia and Taupo, New Zealand.

James and Ricky enjoy the challenge of playing computer games when at home in Sydney but when they were staying in Taupo it did not take them too long to source an Xbox for hire to enable them to continue their ongoing interest.
Posted by crazyquilter at 2:06 PM 1 comment: 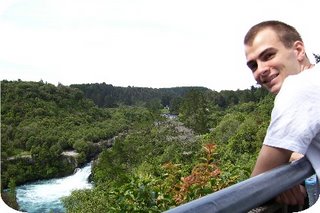 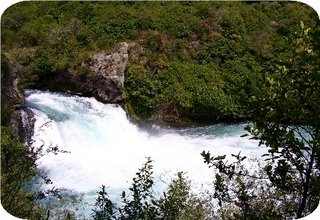 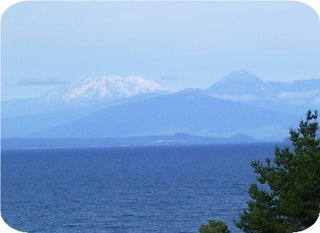 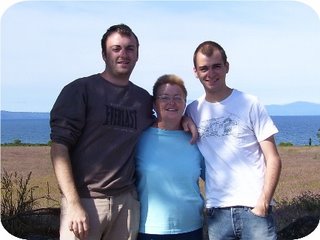 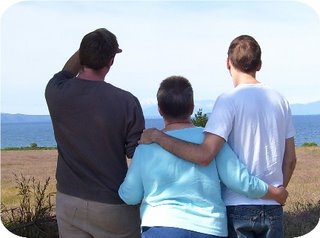 No trip to Taupo, New Zealand would be complete without a look at the mountains and Huka Falls.

On our last day the weather cleared sufficiently for us to go and have a look at the mountains from the airport lookout. Unseasonal snow in recent days meant there was a good dusting of snow for us to see.

After the mountains, we went to see Huka Falls - always in full flow and producing the most beautiful shades of aqua in the process.
Posted by crazyquilter at 9:48 PM No comments: 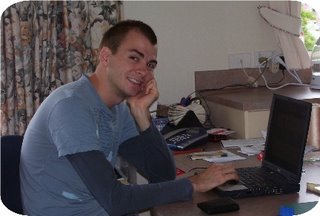 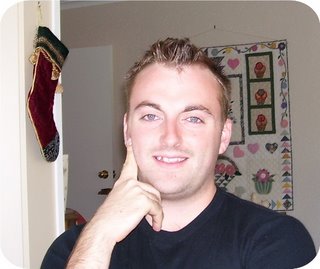 Another reason Christmas so special for me in 2006 was the fact that two of my sons, James and Ricky, were able to come and stay.

They flew into Auckland, New Zealand from Sydney, Australia and arrived at my place by shuttle bus in the early hours of the 23rd December.

Later on that day we caught another bus which took us to Taupo so that we could share Christmas with my Mother, sister Linda and her husband, Glynn.
Posted by crazyquilter at 4:30 PM No comments: 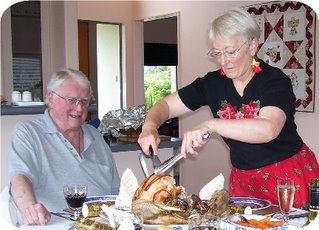 Christmas 2006 was very different and very special for me.

For a number of years my brother-in-law, Glynn, has been telling me about the delights of turkey as well as other food served at his house for Christmas.

This year I was to find out how true that was - a turkey with enough meat for 15-20 people and just 6 of us to share it!

It truly was worth the wait to share in it and to see the delight in Glynn's face as he anticipates one of his top favourite meals of the year.
Posted by crazyquilter at 4:22 PM No comments: