A Day in Epsom 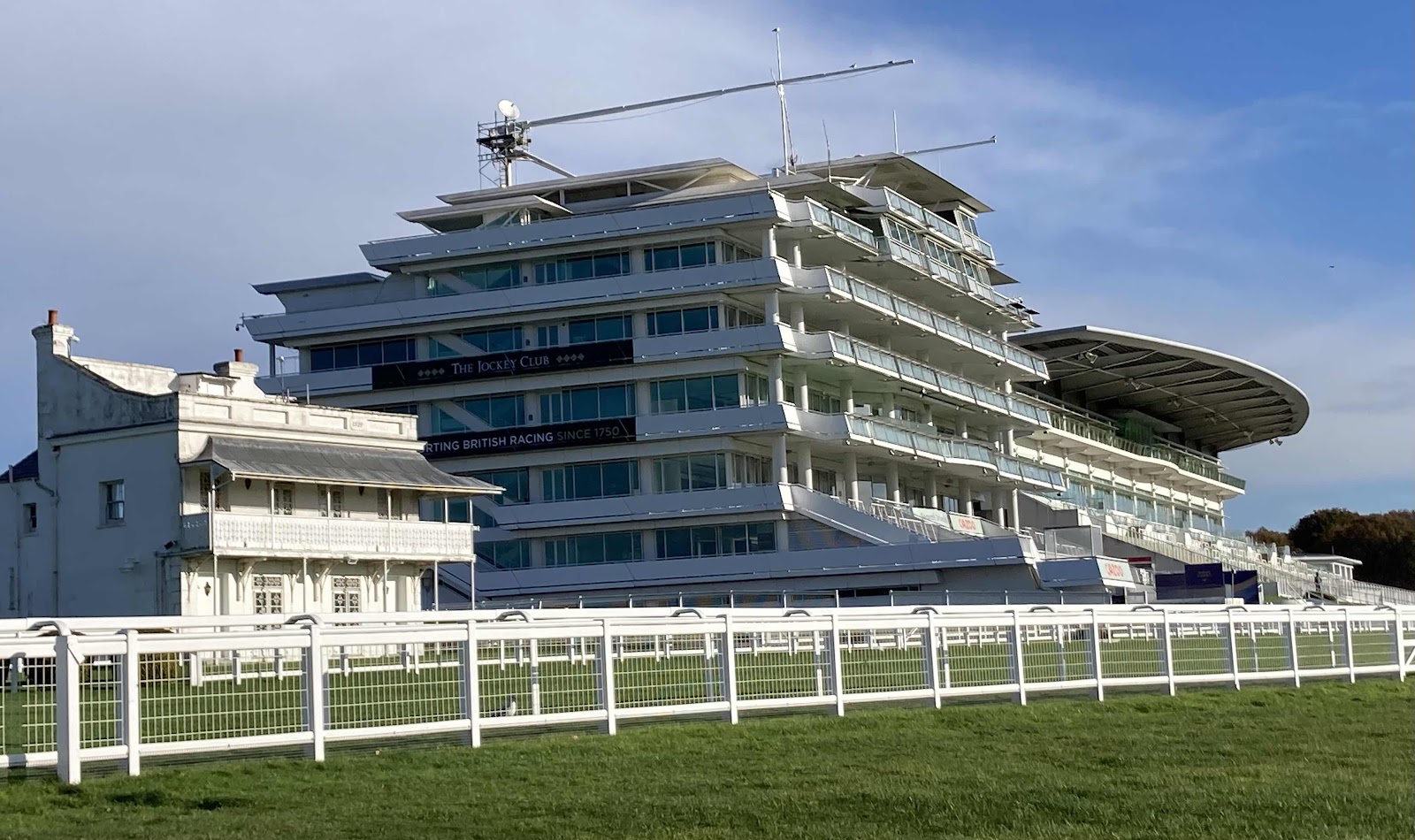 On my previous visits to Epsom Aaron has not had a car so we had to use buses or trains for sightseeing.
He now has a car and yesterday drove me around Epsom so that I could see the area from a different perspective.  I always associate Epsom with the famous racecourse and so it was nice to go there yesterday and see for myself.  Apart from the TV series, The Crown, I have seen so many photos/film clippings of the Royal Family at the racecourse stands and could almost picture for myself where they may have been sitting. 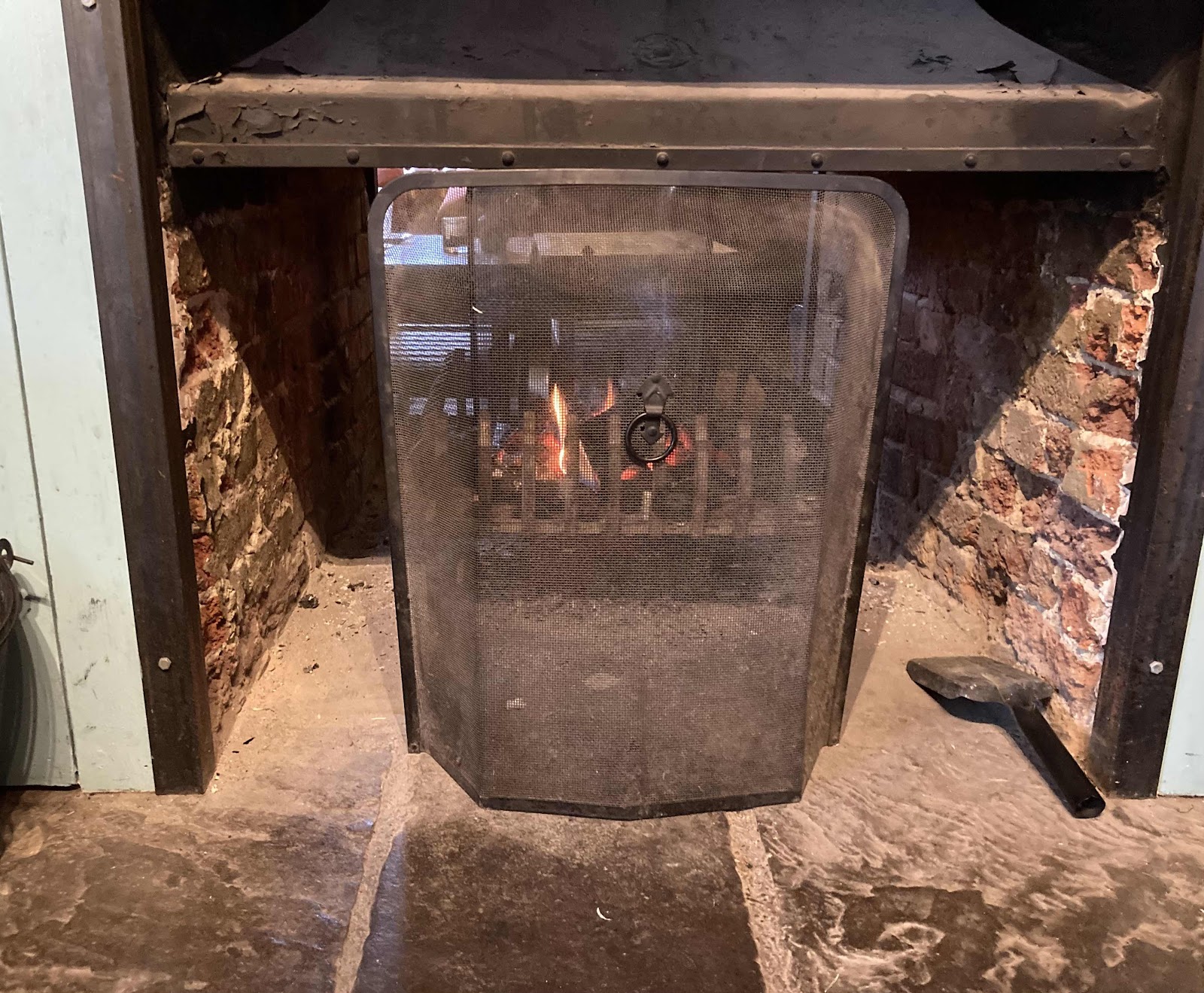 Aaron had his dog with him and because it was after 12noon he was able to let him loose in the area where the horses train.  Toby had a wonderful time.
After that is was time for some food and there was a pub close by called The Derby Arms.  There was a sense of ice in the air when we were outside so it was lovely to be greeted by a log fire inside.  I sat as close at I could, it was so warming. 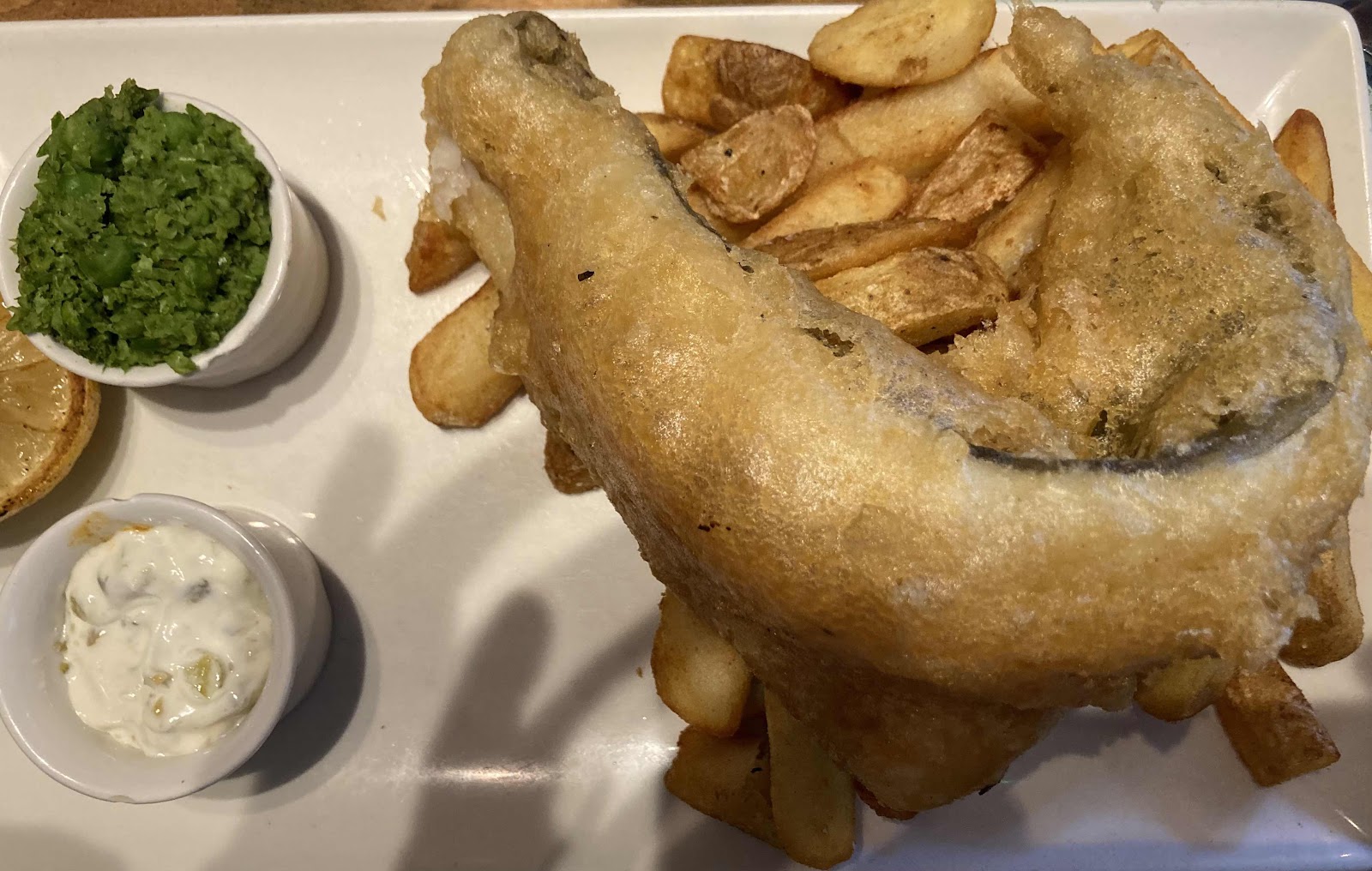 This has to be the essentiaL British Pub Lunch - fish and chips with mushy peas.  Mushy Peas have no appeal to me whatsoever but the cod was cooked to perfection.  Satisfied me for the rest of the day.

Posted by crazyquilter at 11:25 PM No comments:

From One Side of the World to the Other 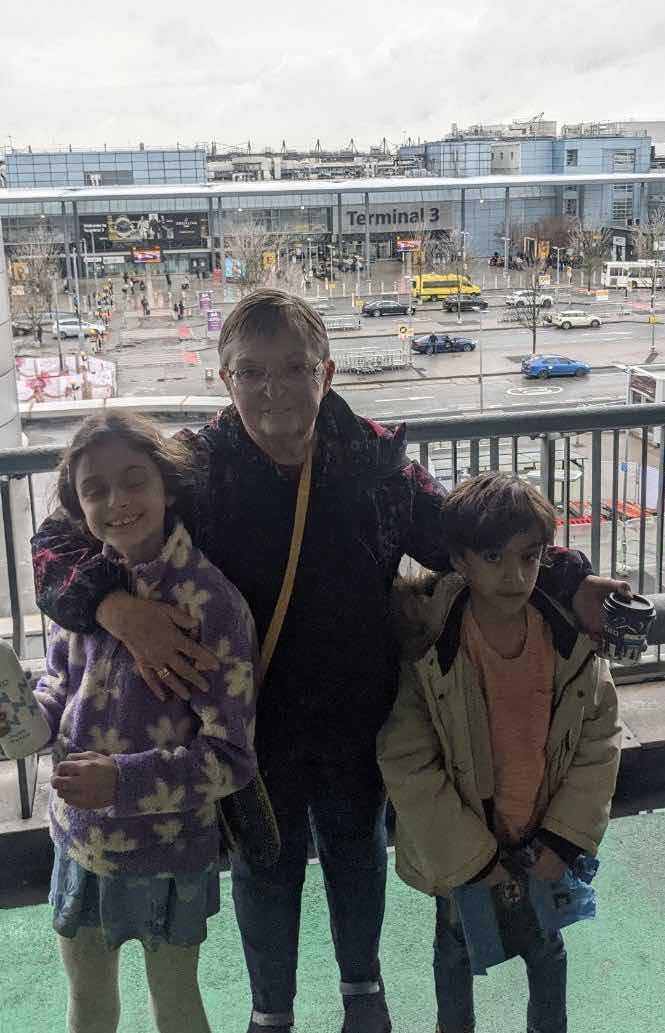 The epic journey from Taupo (NZ) to London is over. I now have the opportunity to catch up with family after a 3 year absence.
My oldest son, Aaron, was at Heathrow to meet me with his two children, Anna-Clara and Caleb. 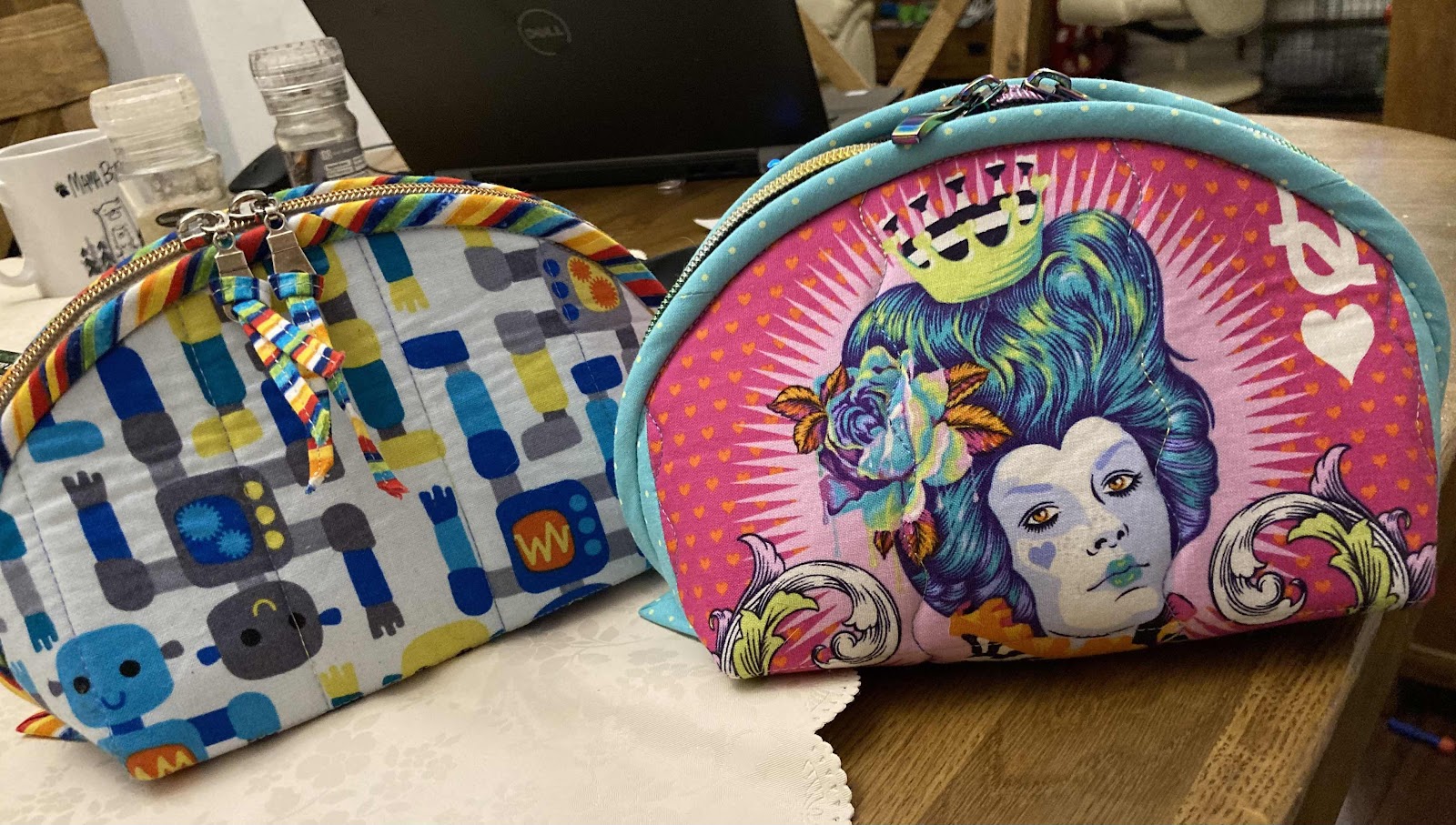 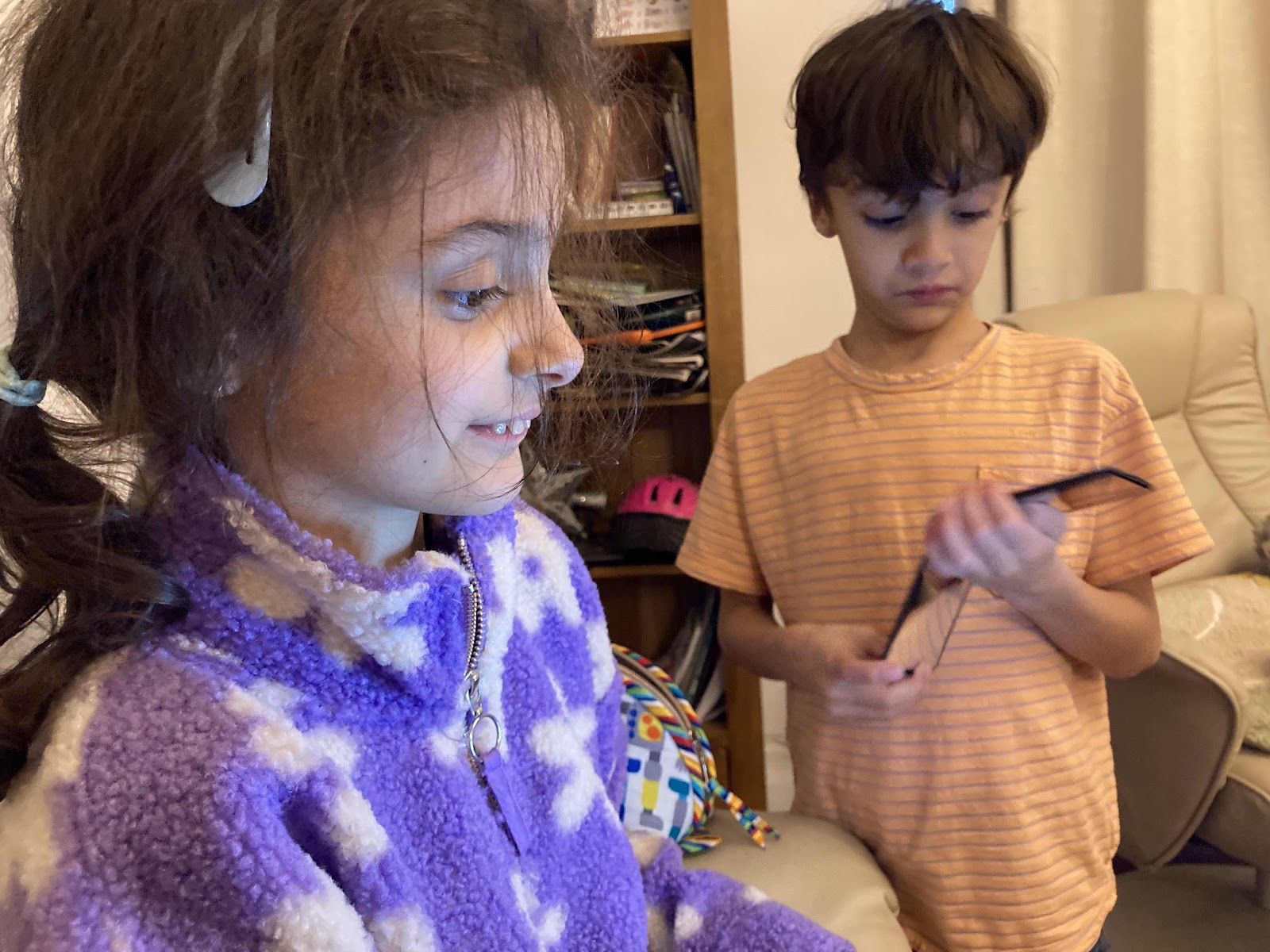 There was great interest in the clam shell bags Aunty Linda had made for the children. They enjoyed exploring the contents of each bag and were especially interested in the portable mirrors I gave them that had LED lights they could turn on and off to their pleasure.

Posted by crazyquilter at 5:11 AM No comments: