In the hills above Portland, Oregon, is Washington Park.  It covers over 166 hectares of hilly, forested terrain and provided us with an enjoyable morning's outing. 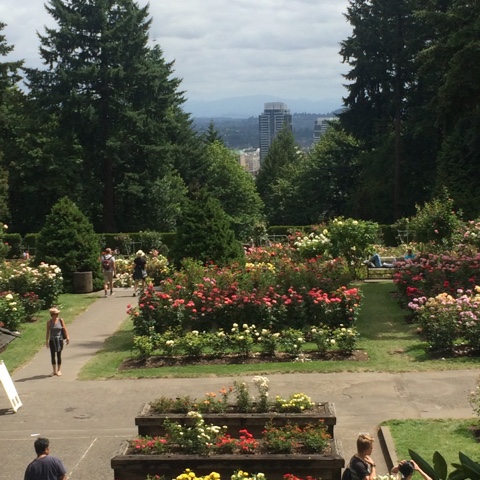 When we left the downtown area that morning there was very little sign of life but I think a a lot of the population had preceded us to the park.  Finding a parking place was not easy but we got there.  Just when we were not sure what to do next we spotted a shuttle bus and so opted for this to take us around the parkland area.  This is not just a wooded park but within a lot of points of interest have been developed.  A place for archery, a large adventure playground, several different garden areas, a zoo, some museums, adventure trails and lots more.  You could probably spend a whole weekend here and still not cover all the available activities. 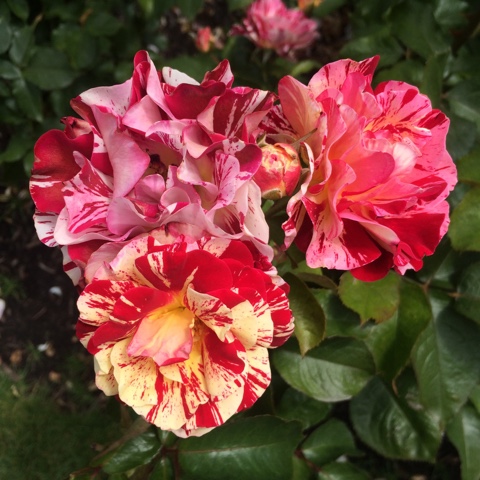 The rose garden itself was a treat to visit.  Although many of the roses were past their best for the year there were still plenty of blooms to enjoy.  The garden hosts over 7500 different roses - hard to believe.
We ended the morning by spending some time at the adventure playground.  Jackson found the swings and had a great time there on his own. The last time I saw him on swings his Dad was having to push him, so I witnessed another stage of him growing up.
Posted by crazyquilter at 4:38 AM

I loved visiting the Rose Garden and the Japanese Garden when I was there several years ago. The displays were beautiful.