A special day with Jackson

One of the most special days so far on this holiday was when Linda and I took my grandson, Jackson, out for a day in London.
We made an early start and headed for the London Eye:- 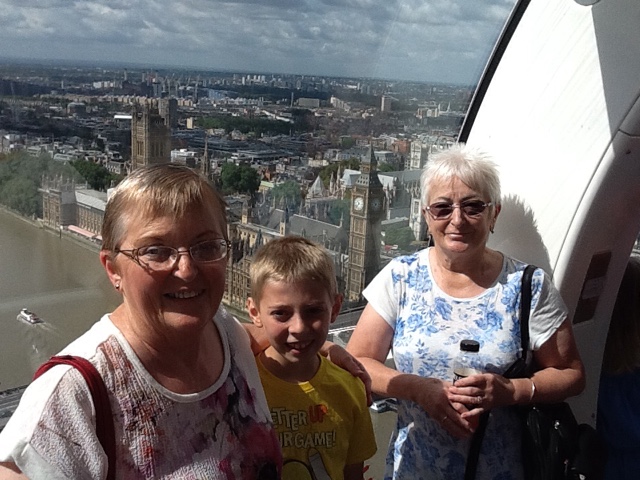 Jackson was really impressed with the experience and so were we.
Linda had bought combined tickets to do a river cruise and just as well, as Jackson was very keen to follow through on this. 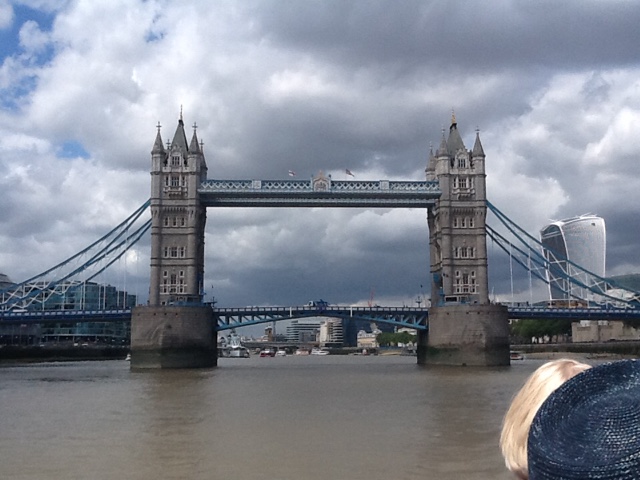 It certainly was a great way to take in the sights of London from a different perspective.
One of the things that impressed Jackson was Cleopatra's Needle and so, after the river cruise we walked one of the many bridges across the Thames, then along The Embankment until we came to Cleopatra's Needle:- 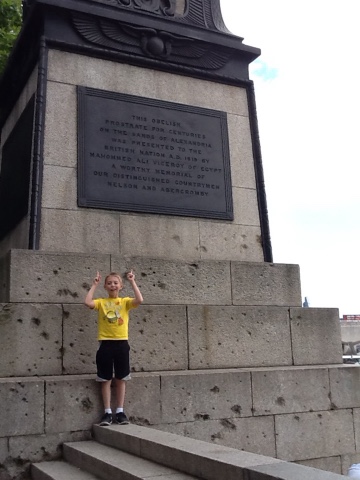 We stayed there for quite some time. 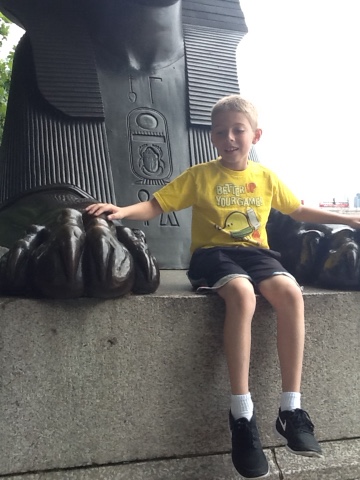 Jackson was keen to be posing again and again but soon it was time be moving along so we moved towards Westminster and Big Ben.  He was very taken with Big Ben and even bought a souvenir with a working clock in the model.
From Big Ben we progressed towards Trafalgar Square.  We thought Jackson would like to climb on the lions at the base of Nelson's Column but they were closed off for the day.
It was nearly 3pm and none of us had had lunch so we happened upon a pub called The Admiralty and stopped to eat. 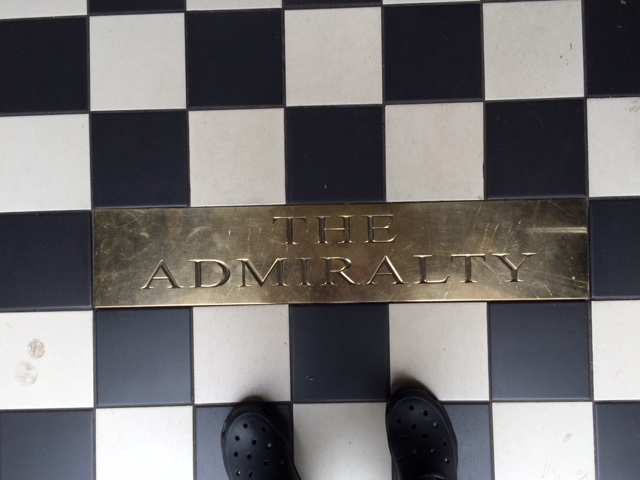 A great place to go for the traditional English pie.  Also a good spot for us to sit and talk and review the day together.  After refreshments it was time to pick up a London cab and head for home.
Like I said, one of the highlights of our visit,spending a day out with Jackson.
Posted by crazyquilter at 7:02 AM

You and Linda created some special memories for Jackson. I would have loved this adventure, too.

sounds like a great day out with Jackson and you have some lovely photos to remember the day with. Do you both ever have a time to rest, you seem to be gadding all over the place. Quilt show this weekend, I am there friday and saturday it will be packed thinking maybe York is a better place to meet up, I will keep in touch re our meeting