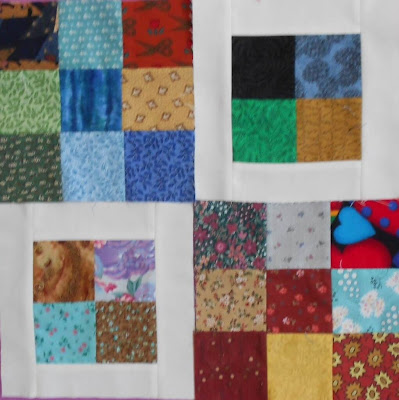 Last week I wrote about making 111 nine patch blocks for a quilt I had in mind.

I got diverted a little bit as I still had a stash of 2.5" squares that needed attention and started making four patches from the remainder.

Vicki from A Quilters Mission and I got into conversation about whether I was going to combine the four patches and nine patches into the one quilt top.

The thought had not occurred to me so I started to give it some thought.

I tried putting a border around the four patches to match the size of the nine patch.  What I would call a modern treatment.  Okay, but I carried on. 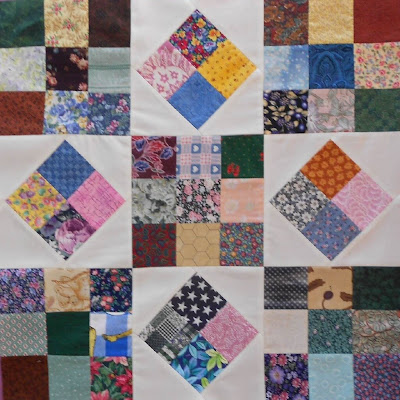 My next thought was to set the four patches on point and I came up with this block which I find much more satisfying.

It may well be that I abandon my original plan for the nine patch quilt top but as long as I use up all the 2.5" squares one way or another I don't think it will really matter.


Posted by crazyquilter at 6:51 PM

I love the white with the patches! Fun to see my blog mentioned on your blog! Thanks!!

The 4 patches on pint look fantastic! I love that layout.