Oh, the stories those walls could tell 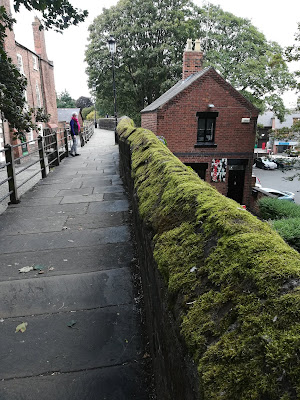 What would a trip to Chester be without a walk along the Roman wall that surrounds the city centre.

Linda and I had both been to Chester many, many years ago but not together at the time.

It was one of our determinations that we would walk the wall on this visit and so we did.  Some of it is in a state of disrepair and it did seem to disappear back to land level in parts but we think we did a pretty good job.  Nice to achieve. 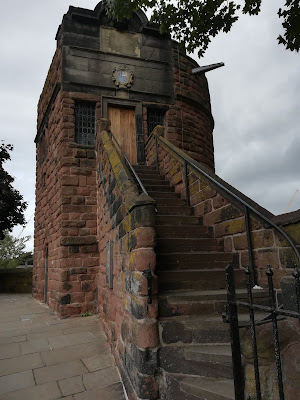 I am sure this tower could tell a few stories too, called the King Charles 1 Tower and apparently he watched his troops being defeated from here.  How sad.

We didn’t get to climb the tower but even from the wall just here the view around Chester was pretty amazing - very good look out spot to keep an eye out for would be invaders. 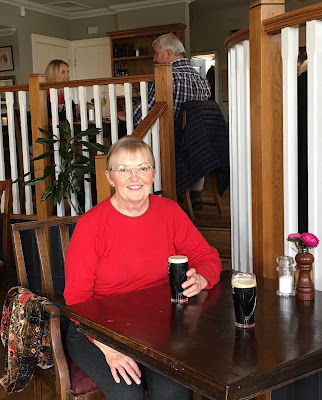 About 2/3rds of the way around the wall my legs were begging for a rest.

We found a pub in peaceful surroundings and had a Guinness each to revive us before continuing on.


Posted by crazyquilter at 7:47 PM

Walking the Roman wall would be fascinating. I'm glad you and Linda were able to accomplish your goal. You look gorgeous, relaxing in the pub.

I don’t think I have been to Chester Peggy.
Will put that on the list for our next trip.
We had a truly wonderful time, spent our time around the Cotswolds. Our favourite place was Oxford and our Morse Tour.
Now when we watch Lewis or Endeavour we can see many of the places we visited. Xx