This time round in London town 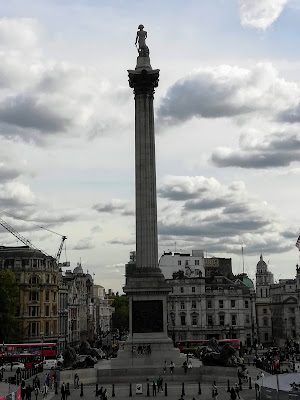 We were fortunate to be able to find a hotel to stay in that was just a couple of minutes walk from Trafalgar Square.

Close enough to everything that is important about London but quiet enough to not be bothered by the hustle and bustle at night time. 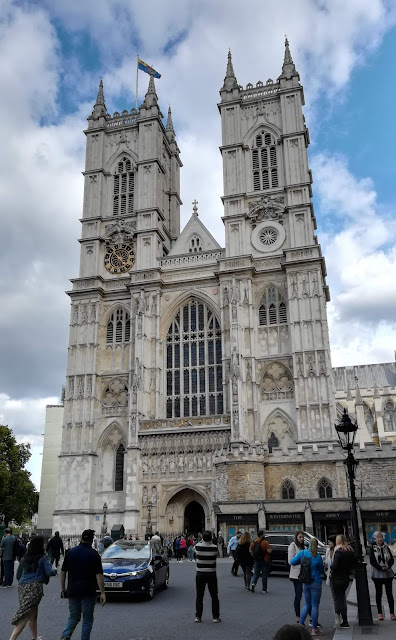 I lived and worked in London in my late 20’s for 7 months but never visited Westminster Abbey.

On our previous visits, Linda and I had found the queues to be too long so opted not to go there but this time seemed to be different.

With the commencement of the new school year here the tourism numbers seem to have dropped and so we noticed the queues weren’t so bad.

Linda found out online that there was to be an Evensong service at 5pm and so for the second time in one week, after so many years of not going at all, we attended Evensong.

Although we knew the queues were not so bad we still opted to get there early so we could be up front.  It turned out to be very worthwhile as we were seated right next to the choir stalls.

It felt quite something to be in this Abbey, location for important royal events and burial site for many an important person in British history.

What a joy to be able to hear The Westminster Abbey Choir for ourselves and to once again listen to the familiar words of the Evensong Service.

On comparison we think we liked the intimacy of the Chester Cathedral service better but considered it a privilege to be able to attend both.
Posted by crazyquilter at 9:06 PM

What an amazing experience!

Your itinerary is fabulous. Anthropologie is a fantastic Store. Not been in the London one ( fairly new I think) but loved the one in Santa Monica, California, which we visited on several occasions on the way back to the UK from NZ.