Yesterday Jackson and I went to the movies.
It was his outing so the movie was his choice, the latest Ghostbusters movie.
About half way through the movie, Jackson announced that the movie was too scary so we left the theatre.  He also added that he didn't think the movie had a very good story line.  A very discerning 10 year old.
It was nearly midday so we made our way to one of Jackson's favourite burger places, the Blazing Onion.
Jackson chose a triple bacon burger and I asked for a mushroom burger without the bun.
It eventuated that because I asked for no bun I did not get any salad.  Jackson does not like salad on his burgers so he took the salad from his and it ended up with mine, a fairly happy compromise.  The burger was delicious. 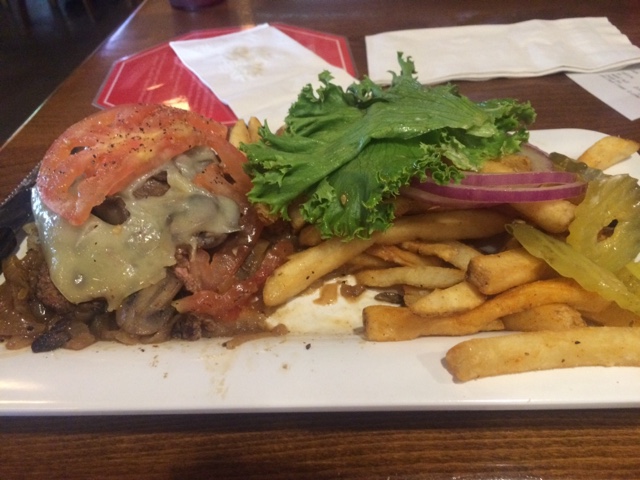 Posted by crazyquilter at 11:39 AM

Not sure if you're aware or not, but 'deconstructed coffee' is a controversial order at a few trendy cafe's in Melbourne.

If more people were like Jackson, movies might improve. I've walked out of the theater a few times myself. I can't stand vulgar language and sometimes it ruins a perfectly good movie. It's just not necessary to blast the audience with vulgarities.