A bit of a giggle 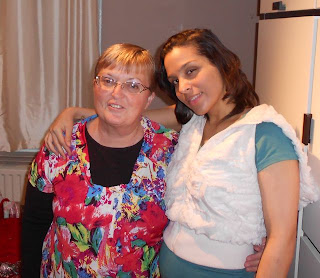 We waited for Ricky to arrive on my birthday and then the family was taking me out to see the play, The Mousetrap.

We had to get to Leicester Square by train and then a bit of a walk to the St Martins Theatre where it is showing.

On the way we decided to walk through Chinatown and thought perhaps a meal at a Chinese restaurant might be a good idea.

Most of the eateries seemed to be thriving with customers waiting at the door to get in.

We found a place we thought we liked. It was busy but the waiter assured us that if we would like to go downstairs they would have a table for four in 'just a moment'.

Downstairs we went and moved to one side to make room for others who were waiting too.

We waited and watched as the head waiter went backwards and forwards many times accepting, table for 2, table for 3, table for 9, each time assuring us that they would have a table for us in 'just a moment'.

Eventually we became concerned that it was getting too close to theatre time to stay any longer when they finally cleared a table for us and we sat down.

However, our dilemma continued because they then ignored us and did not send a waiter to serve us.  In the end Aaron decided to protest by leaving.  A waitress asked me why we were leaving and I said that we had to be at the theatre. 'Oh don't worry', she said, 'We can cook your food and hold it for you.'

Marcele and I looked at each other and had a bit of a giggle - there was no way we would be letting them cook our food for us!

We moved on and having found the theatre we spotted a Moroccan style restaurant close by and had just enough time to have an appertiser each - very nice alternative.

Our arrival at the theatre was just on starting time but at least we got there.

The Mousetrap was very good and well worth the effort of going to.
Posted by crazyquilter at 7:28 AM

Nice pic of two of my favourite ladies.

It is really a good history auntie Linda. I don't have doubt that we never will forget this!

Glad you enjoyed the play and were able to get a bite to eat before you went to the theater.